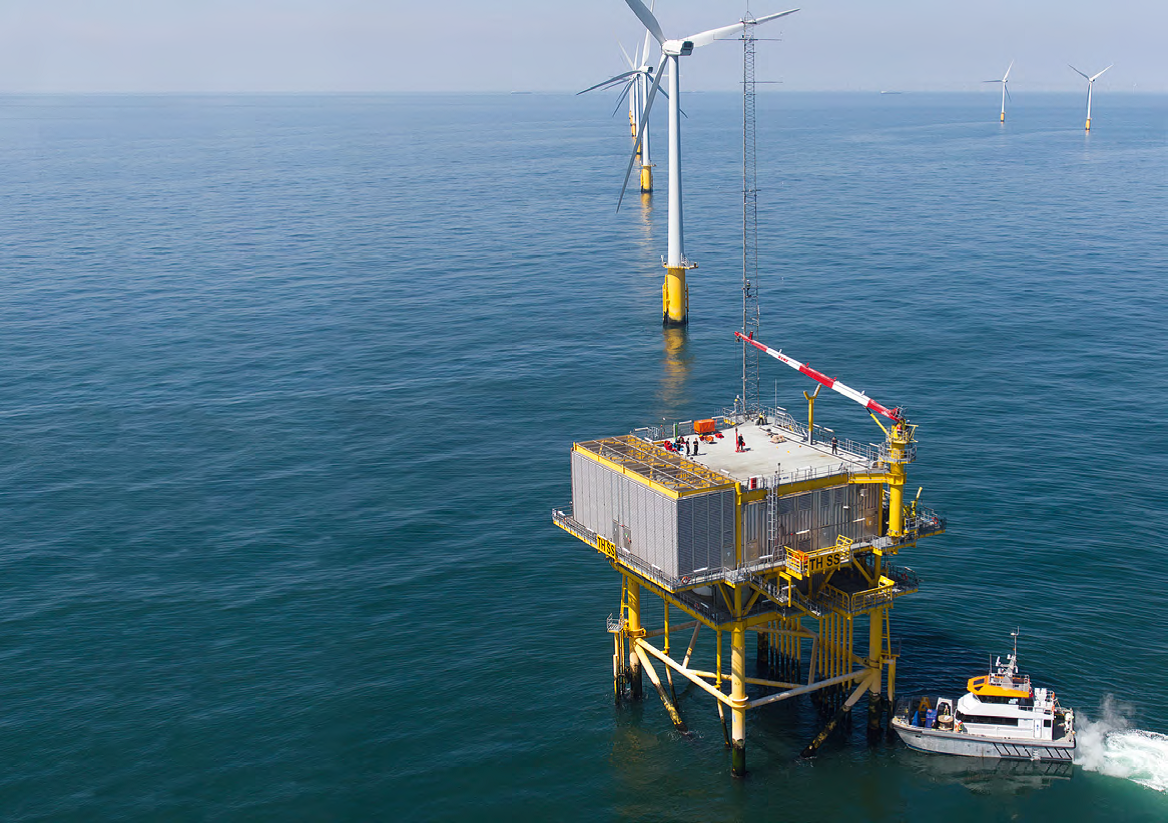 Good organisation is essential in the construction and operation of offshore wind power plants. In particular, the transportation of people and materials out to sea requires precise yet flexible project planning due to constantly changing weather conditions.

When Captain Arne Ehlers looks out his office window, he sees the port of Cuxhaven at his feet. This gives him an overview of everything – perfect for the Managing Director of a shipping company that is a ship owner, liner forwarding company, ship broker, port and line agent and general agent for offshore projects all rolled into one. The Cuxhaven branch of Bremer Reederei E & B (BREB) moved into the top floor of the newly built Havenhostel directly at the Nordseekai just a few months ago. “Our first project for the offshore wind industry began in 2008,” reports Ehlers. “We were nominated as the vessel coordinator for a special ship for the first German wind farm ‘Alpha Ventus’.” As the port agent, BREB was responsible for everything to do with entry and exit as well as loading of the pusher tug “Mega-Motti” in the ports of Bremerhaven, Cuxhaven and Stade. This was soon followed by other contracts, for example for the wind power plant builder Bard from Emden, or the Cuxhaven-based manufacturer of steel tube towers and steel foundations for wind turbines, Ambau.

Foreign customers – such as Italian submarine cable manufacturer Prysmian, which manufactures submarine cables for German wind farms in Pozzuoli, near Naples, on behalf of transmission system operator Tennet – have also been looked after in German ports since 2011. In 2012 BREB was responsible for tasks such as changes of crew by helicopter between the Norwegian cable-laying vessel “Lewek Connector” and Sea-Airport Cuxhaven-Nordholz for Emas, one of the leading international contractors for offshore works.

The shipping company also organised the transportation of service staff from Nordholz to the international airports of Hamburg, Bremen and Hanover. “One particular challenge was the constant change in requirements,” says Agency Manager Michael Giesbers. On the one hand, there was the weather, which required a lot of flexibility in planning. On the other hand, the number of people to be transported often changed at very short notice.

As the helicopter’s payload is limited, the weight of the people, their luggage and the materials need to be calculated accurately. 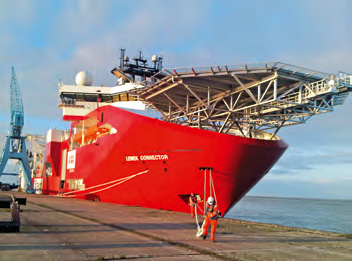 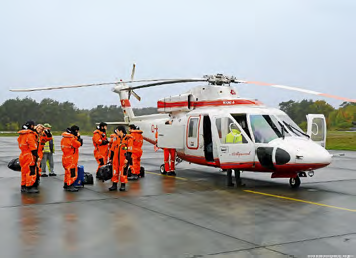 Bremer Reederei’s services range from activities as a port agent, for example for the cable layer “Lewek Connector” (first picture), to the coordination of crew changes by helicopter via Sea-Airport Cuxhaven-Nordholz (second picture).

A wide range of tasks

“It was also challenging crossing the border from the exclusive economic zone to Germany with staff from countries not subject to the Schengen Agreement. First we had to apply for permission to set up an official border crossing at the Sea- Airport,” says Giesbers. For the construction of the wind farm “Amrumbank West”, the crew transfer vessel (CTV) “Lina” – with space for up to 24 passengers – was used instead of a helicopter. BREB was also responsible for crew changes – including transfers, hotel accommodation, luggage and equipment transport – between the wind farm and Cuxhaven. Set-up work for the transformer platforms “BorWin 2”, “HelWin1”, “HelWin2” and “SylWin1” began in the North Sea at the start of 2014. Here, the company is working as a sub-agent for logistics service provider Rhenus Offshore Logistics. During the erection phase, which is now slowly coming to an end, Bremer Reederei looks after the platform suppliers that equip the transformer platforms with materials. Highly reinforced 10-foot special containers are used and require elaborate manifestation work.

The sun has just burst through the clouds; the sea is calm. There are just two crew transfer vessels in the Neuer Fischereihafen in Cuxhaven; all of the others are used for offshore wind farms in the North Sea in these kinds of weather conditions. The twin-hulled ship “Twin Axe” has just returned from the wind farm “Amrumbank West”. However, this time it was not service staff being transported, but waste. Alongside looking after installation vessels, jack-up rigs, sea towage and heavy loads, this is another of Bremer Reederei’s varied tasks. (cb)